Siwak – a mug with two handles 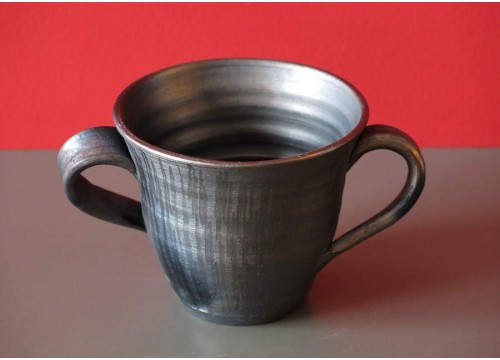 Dark - grey mug with two handles, an example of grey ceramics – pearl of East Region – the most unique and the oldest kind of Polish ceramics, which at present is very rare. It will not only constitute an impressive element of decoration in both modern and traditional interiors, but also can be
read more
Colour :

Dark - grey mug with two handles, an example of grey ceramics – pearl of East Region – the most unique and the oldest kind of Polish ceramics, which at present is very rare. It will not only constitute an impressive element of decoration in both modern and traditional interiors, but also can be practically used. Grey ceramics is hand manufactured with application of traditional XVIII-century old method. The author kept ornaments typical for „siwaki”. Owing to grinding the mug with a field flint, it reflects the light, giving unrepeatable effect. It is well worth to pay special attention to proportions of the shape of this vase. Mug’s originality can be recognized owing to oval, brighter traces on its surface – they pose an effect of traditional way of burning the vessel. 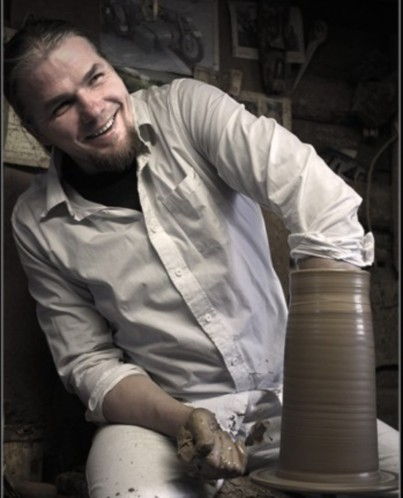 Mr. Pawel represents the fourth generation continuing pottery traditions. He lives in Czarna Wieś Kościelna, where the pottery has been an inherent element of local

traditions since XVIII century. The education on the pottery reguired a lot of work – as he mentioned:”….clay has taught me humbleness…” . Nowadays he specializes in manufacturing of the grey pottery – already unique form of this handicraft. Pawel is the bursar of the Ministry of Culture and National Heritage. He was honored with numerous diplomas and awards. His works are presented in museums in Poland, Russia, Sweden and Lithuania. 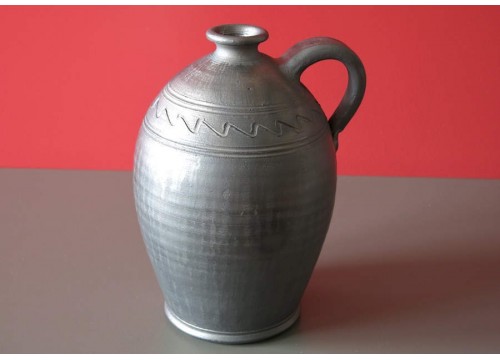 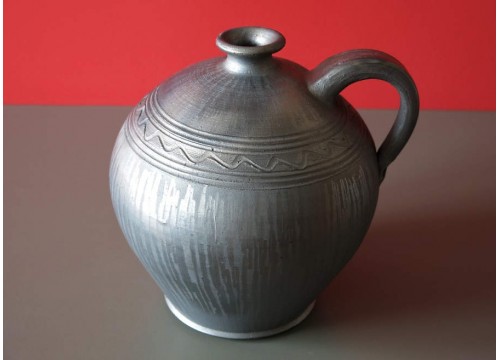 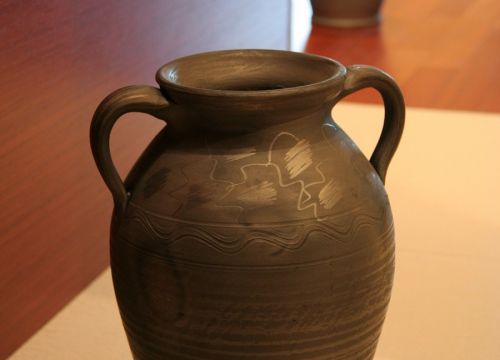 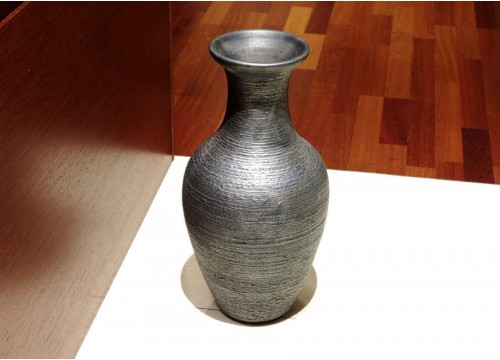 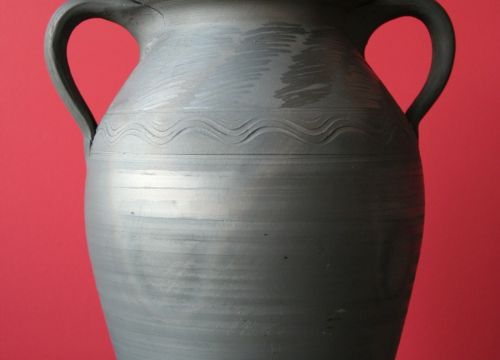 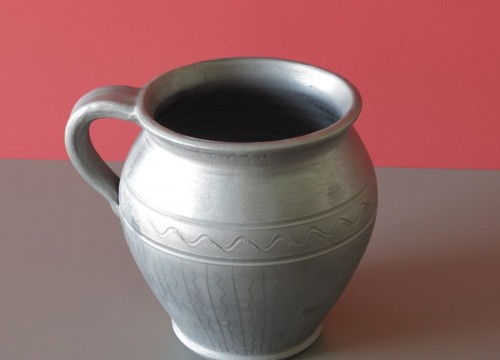 Siwak – a round vase

A round vase being a combination of modern shape with a traditional ...

Mug with two handles, an example of grey ceramics – pearl of East Region –...