1
Log in or Create an account
cart: 0 product - products - 0,00 zł empty
Value of your cart: 0,00 zł
Transportation cost: Poland: 14 - 16 zł, Worldwide: from 22 zł
Complete a transaction / edit your order
MENU
Recommend the site to a friend
Home > Traditional handicraft>The North Region>Kashubian ceramics>A little navy blue bowl
DID YOU KNOW ... Today there exist only about a dozen workshops. Today, as in the past, men become potters.
DID YOU KNOW ... Kaszubian wreath is a decoration based on wreaths made by girls in villages. In Kashubian art it is usually used as a supplemental element.
DID YOU KNOW ... Pottery is one of the earliest craft forms, and most closely connected with land.
DID YOU KNOW ... The motives used in Kashubian pottery have not been changed for almost 100 years. 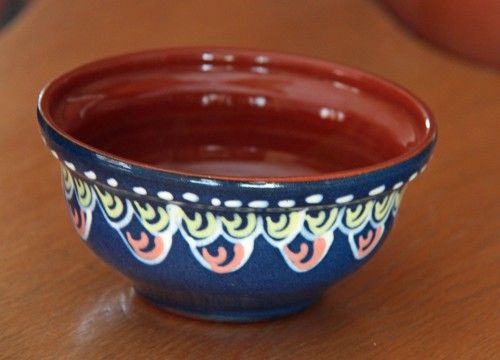 A hand-made navy blue bowl. The Kashubian ceramics, manufactured in a family workshop, that has preserved the pottery making traditions over ten generations. Products patterns and adornments have been maintained in an unchanged form for over 100 years. The little bowl has got a remarkable and handy
read more
Pick a colour / pattern:
Colour :

A hand-made navy blue bowl. The Kashubian ceramics, manufactured in a family workshop, that has preserved the pottery making traditions over ten generations. Products patterns and adornments have been maintained in an unchanged form for over 100 years. The little bowl has got a remarkable and handy shape. It is adorned with traditional Kashubian motifs. Deep hue is achieved in a natural way with the use of so called ‘podbiałka’ – a protection layer. The product constitutes a beautiful example of the traditional Kashubian ceramics, which is characterized by a huge variety of shapes and rich ornamentation. Very few workshops with pottery-making traditions of this region have been preserved to this day. A multi-stage process is necessary to make the whole product by hand. Every product is affixed with a stamp of a factory or a workshop where it was manufactured or bears the potter’s signature. The little bowl is available in 3 decoration models: with the Kashubian wreath, the fish scale or the tulip as leading motifs. It can be used for serving side dishes on the tables. Little bowls bought in a set can be used for serving food e.g. desserts. They can also play a decorative role. 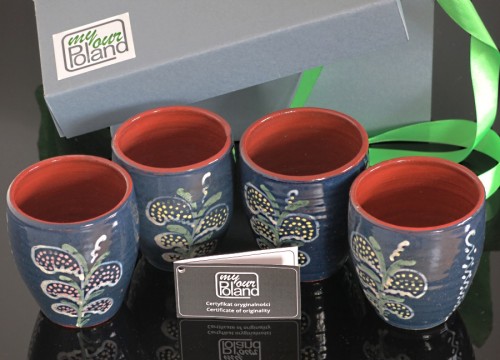 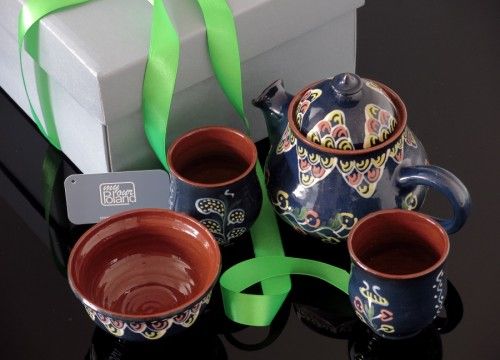 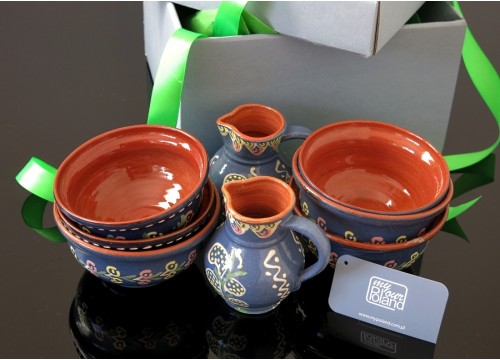 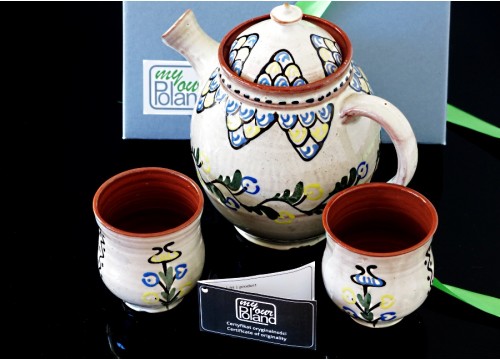 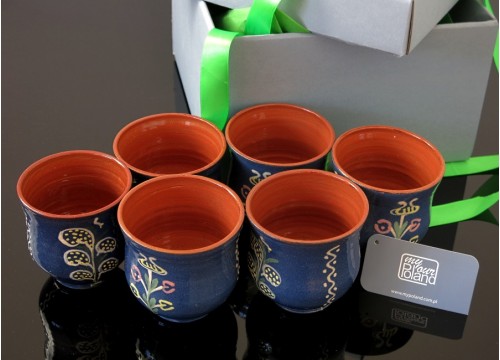 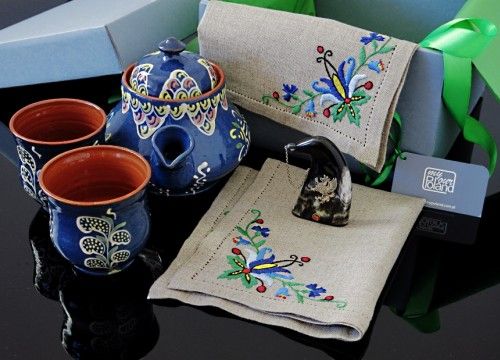 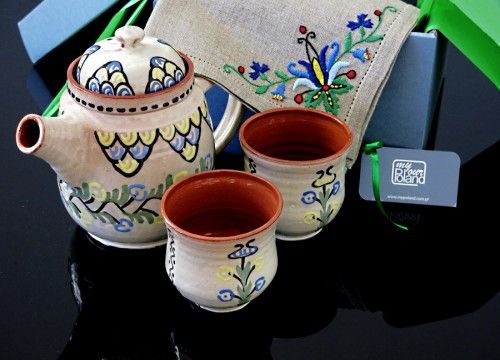 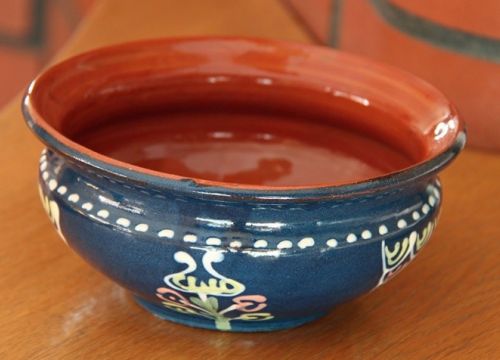 A hand-made navy blue bowl. The Kashubian ceramics, manufactured in a family...