A round-bellied mug with a handle 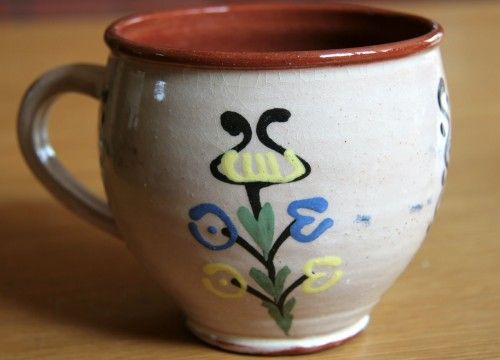 The hand-made, round-bellied mug with a handle. The Kashubian ceramics, manufactured in a family workshop, that has preserved the pottery making traditions over ten generations. Products patterns and adornments have been maintained in an unchanged form for over 100 years. The mug has got a pretty,
read more
Pick a colour / pattern:
Colour :

The hand-made, round-bellied mug with a handle. The Kashubian ceramics, manufactured in a family workshop, that has preserved the pottery making traditions over ten generations. Products patterns and adornments have been maintained in an unchanged form for over 100 years. The mug has got a pretty, round-belied shape. It is gorgeously adorned with the Kashubian ornaments. Deep hue is achieved in a natural way with the use of so called ‘podbiałka’ – a protection layer. The product constitutes a beautiful example of the traditional Kashubian ceramics, which is characterized by a huge variety of shapes and rich ornamentation. Very few workshops with pottery-making traditions of this region have been preserved to this day. A multi-stage process is necessary to make the whole product by hand. Every product is affixed with a stamp of a factory or a workshop where it was manufactured or bears the potter’s signature. The mug is available in 2 models with regard to colour and decoration: a dark green one with the tulip motif and lilac stem motifs, as well as a creamy one with the yellow and blue tulip. 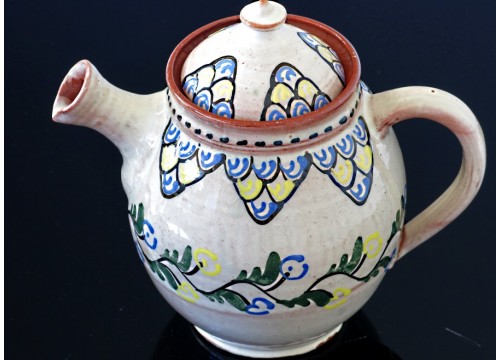 A hand-made large teapot. The Kashubian ceramics, manufactured in a family ... 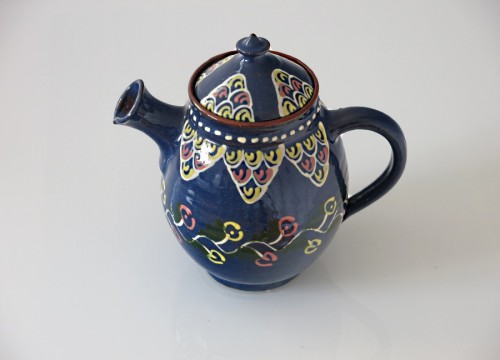 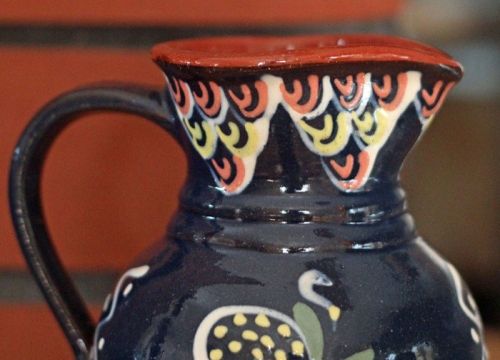 A hand-made pitcher. The Kashubian ceramics, manufactured in a family ... 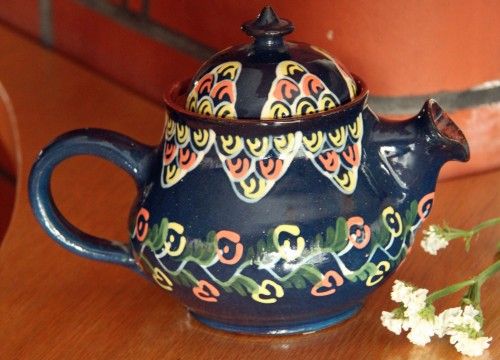 A hand-made small teapot. The Kashubian ceramics, manufactured in a family ... 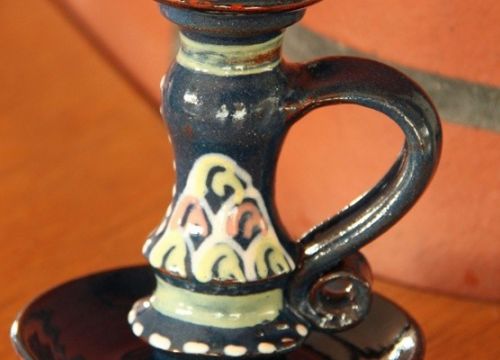 A hand-made candlestick. The Kashubian ceramics, manufactured in a family ... 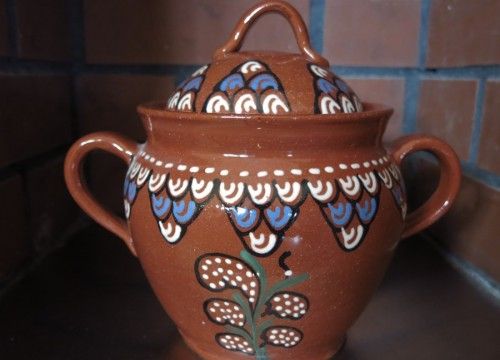 A food container with...

A hand-made, brown food container with a lid. The Kashubian ceramics, ... 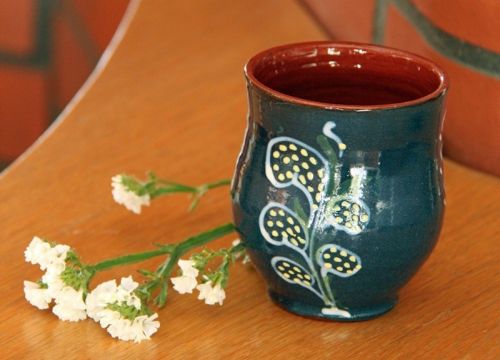 A mug without a handle

A hand-made mug without a handle. The Kashubian ceramics, manufactured in a ... 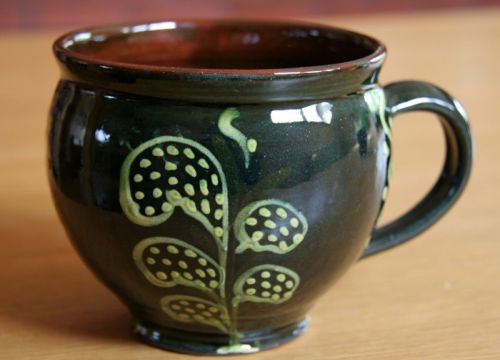 The hand-made, round-bellied mug with a handle. The Kashubian ceramics,...