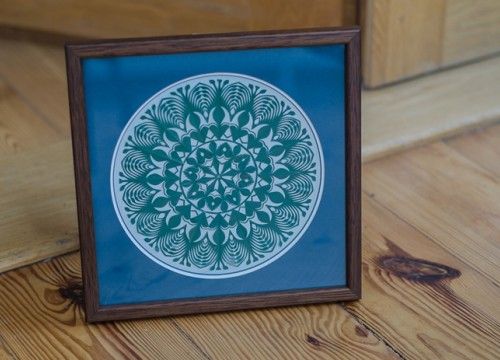 This is a hand-made and beautifully framed traditional Kurpie paper cutting. The paper cutting is a typical example of a classical Kurpie star – it is very finely cut thanks to which an open-work pattern was created. There is an eight-petal, cornflower-like flower in the centre of the paper cutting.
read more
Colour :

This is a hand-made and beautifully framed traditional Kurpie paper cutting. The paper cutting is a typical example of a classical Kurpie star – it is very finely cut thanks to which an open-work pattern was created. There is an eight-petal, cornflower-like flower in the centre of the paper cutting. Subsequent elements ran out from it with their vegetable and geometric forms. The pattern is richer inside and more open-worked on the edges. Special attention should be drawn to a very elaborate and artistic paper cutting frame which was individually chosen by a professional framing studio. The wooden oak-wood coloured frame and blue-green passé-partout with white edges complement the entire composition in an excellent way. The round-shaped paper cutting is fitted in a square frame, which additionally creates an interesting play of shapes. A pane protects the paper cutting against destruction. The frame is equipped with a loop which enables it to be hung.

A paper cutting – in other words – a coloured picture made of paper came about thanks to intricate cutting and it represents the most characteristic element of the Polish folk art. Nowhere else – outside of Poland - can such a great variety of paper cuttings be found. The paper cutting art developed in the XIXth century mainly in central and eastern Poland as one of the most important forms of room decorating. It was most probably inspired by stars glued onto windows in Jewish rooms. Women used to cut them out from paper bough from door-to-door salesmen. They drew inspiration from nature and their imagination. What is interesting – paper cuttings were made spontaneously without a formerly sketched pattern. Formerly they were cut out with scissors used for sheep shearing. Holding scissors at the blades artists took advantage of scissors’ resilient energy. In the east a paper cutting is represented mostly by the Kurpie region paper cutting. It is single-coloured – the most important element is its shape. One of the most popular forms are Kurpie region stars. These beautiful openwork, single-coloured compositions – are cut out extremely finely and often along the 8 or even 12 axis format. It proves that one must have great imagination in order to create such a beautiful and harmonious pattern seeing solely its small fragment. Kurpie region stars were used as adornments of side walls, beams and ceilings. Nowadays equally impressive compositions are created that splendidly blend into the modern interior. Another popular paper cutting in the east is Leluja. It symbolizes a tree of life. It is a single-coloured, symmetrical and vertical paper cutting with one symmetrical axis format. It is most often composed of two joint parts – a lower one which is smaller and less openwork-shaped; and an upper one which is lavishly adorned.

Mrs Wiesława was born in a village of Tatary near Kadzidło. She comes from a family where folk traditions have been cultivated for generations. She has learnt the crepe paper adornment making from her grandmother, mother and aunt who were masters in these areas. She has made paper cuttings since she was 12. Her works are characterized by a great cutting precision, proportion and composition simplicity. She uses old patterns achieving interesting results with the use of modest means. Likewise, her flowers are made in accordance with the old patterns. They are reach in colours, made with great care, and impress with a variety of form. Mrs Wiesława is a laureate of several competitions, among others The Stanisław Wyspiański Young Artist Award for achievements in the Kurpie region paper cutting art - Kurpie Easter Palm in Łyse. Her paper cutting works adorn museum collections in Białystok, Warsaw, Łom 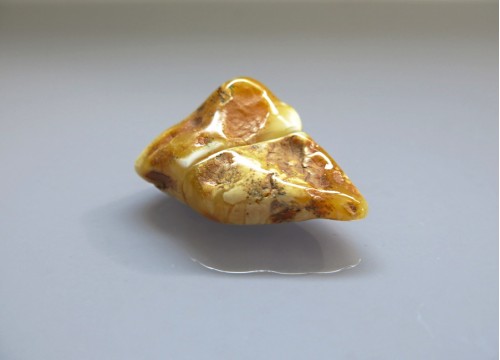 Amber, called the gold of the north, is a product associated with Poland for ... 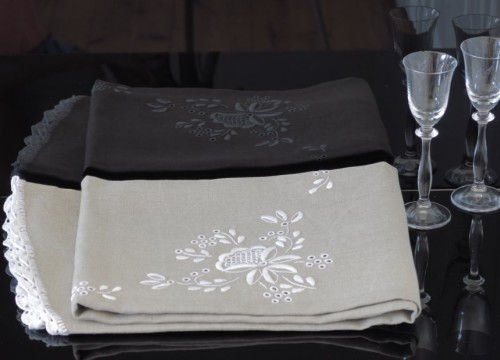 A round tablecloth hand-embroidered in Makow tradition. 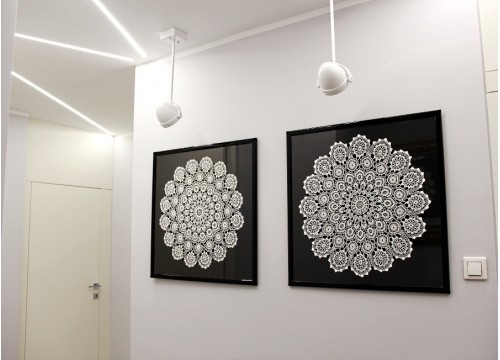 An unusual performance of a  white lace originating from Koniakow framed in ... 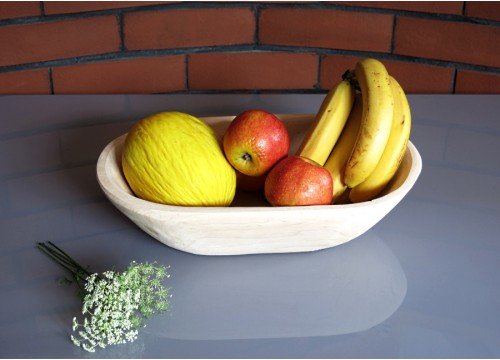 The presented bowl was made in a town famous for making wooden dishes using ... 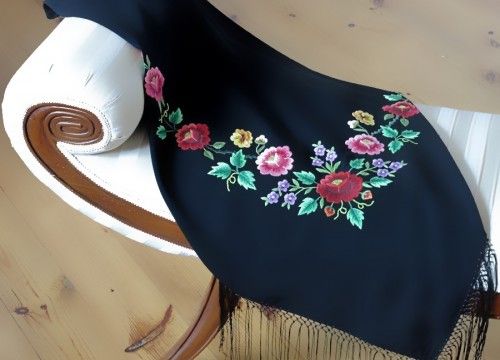 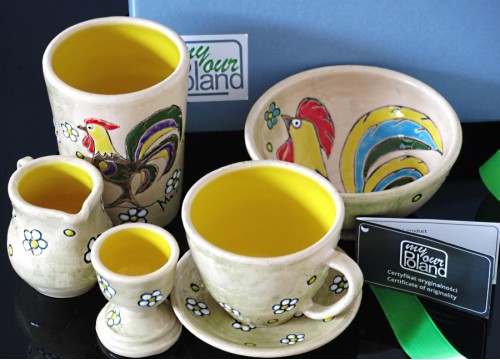 The set is an example of the original pottery of Lowicz, made and painted by ... 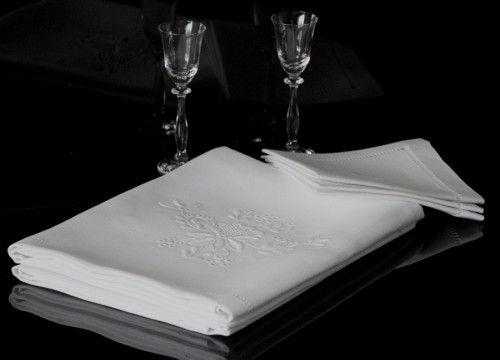 A hand-embroidered set – a tablecloth and 8 table napkins. The tablecloth is ...

This is a hand-made and beautifully framed traditional Kurpie paper cutting....